Self-Strengthening and the Japanese War

Confucian statesmen called for the “self-strengthening” of China, which proved to be “an apparently viable road to a more secure future.” (Spence 208) The Chinese began cherry-picking Western technology and ideals and adapting them to China’s needs. It seemed the Qing on a path to regain some of their former power.

However, power laid in the hands of the conservative empress dowager Cixi, who came to political power as the coregent for her son, Tongzhi. After Tongzhi died, Cixi selected her nephew, Guangxu, as the next emperor in order to maintain her political power. Power lay almost solely with her, as she had banned Prince Gong from holding political power and the influential Zeng Guofan and Wenxiang had died, and Zuo Zongtang was busy quelling the Muslim uprisings.

Many “self-strengthening” Western reforms were initiated by Li Hongzhang, who was trusted by the empress. His reforms focused on 3 areas: entrepreneurial, educational, and diplomatic. “He sought to diversify China’s enterprise into areas that would have long-range effects on the country’s overall development.”, such as supporting joint operations between the Qing and individual merchants, the China Merchant Steamship Navigation Company, and a “sizable mill in Shanghai”. (Spence 210) Li also developed arsenals and a national telegraph system so that the vast country might be connected that much more easily.

Li’s education reforms were originally supportive of Chinese students studying abroad in the United States, but the growing attraction of the West to the students and the abandonment of Chinese tradition was difficult for the Qing to accept.

The Qing found itself in a difficult position concerning international diplomacy. Japan, which had been ‘closed off’ from the world for approximately 200 years, was quickly becoming a force to be reckoned with beginning in 1868 with the effective reforms of the Meiji restoration. In July 1894, Japan was able to install a ruler privy to their interests on the Korean throne, and on the same day the Japanese sunk a ship carrying Chinese reinforcements. By the end of the month, Japan defeated China in a series of battles on the Korean peninsula and were close to entering Qing territory.

Hostilities ended with the Treaty of Shimonseki, which forced China to put forth many concessions. China was compelled to recognize “the full and complete independence and autonomy of Korea”, which was essentially a Japanese vassal state now. Additionally, the Qing had to pay a hefty fine of 200 million taels to the Japanese, open 4 more treaty ports, and cede to Japan all of Taiwan, the Pescadores, and the Liaodong region of Manchuria. The shameful end to the war with Japan made it apparent that China was no longer the most dominant force in Asia.

The Reform Movement of 1898

The opening of treaty ports left China in an interesting position in which traditional Eastern values and Western values coexisted and intermingled. Such mixing of cultures was typically only confined to the treaty port cities. China began to see itself as one nation among the many others in the world, instead of as above others. This idea clashed with traditional thinking, and caused worry for some. Peace was found in the “ti-yong”, which held that Chinese learning would “remain the essence, but Western learning be used for practical development.”. This idea was comforting in a time of rapid, and often unwanted, change from the West. The “ti-yong” idea was embraced by Zhang Zhidong, a Confucian scholar and reformer, as well as by Kang Youwei and Liang Qichao, who looked to reform the jinshi exams in 1895. Reform was introduced by Emperor Guangxu, who between June and September of 1898, issued a magnificent series of edicts that came to be known as the Hundred Days’ Reforms. While many of the edicts addressed proposals by reformers and the jinshi protestors, Guangxu also called for changes in four main areas of Qing life and government. Among these reforms were the abolition of the eight legged essay, upgrading of the Peking college, the addition of a medical school, and the opening of new schools that offered Chinese and Western learning, as well as trades. However, hope for more reforms came to an end when on September 19, 1898, Cixi resumed power claiming the emperor had asked her to come back to the throne.

During 1898 and 1899, foreign powers exercised increased power over China. Dissatisfaction with this gross mistreatment of China, waves of nationalism began sweeping the country. This trend can be seen in the Boxer Uprising of 1900 the publication of The Revolutionary Army by Zou Rong, and the anti-American boycott of 1905.

The Boxers were a unique group who emerged in northwest Shandong in 1898. Boxers called for the ending of special privileges given to Chinese Christian converts and attacked said converts and missionaries. Although they never had coordinated leadership, the Boxers were a force to be reckoned with and began entering Peking and Tianjin in June 1900. Violence began with the murders of a few Westerners and the empress dowager Cixi threw imperial support behind the Boxers, emboldening them. This led to more murders and violence. In August 1900, Western forces arrived and quickly stomped out the rebellion. A formal peace treaty, known as the Boxer Protocol, was signed in 1901 to end this conflict. This treaty further oppressed the Chinese.

Zuo Rong’s The Revolutionary Army, called on the Han Chinese “to reject the Manchu yoke and seize their own destinies” (Spence 226). Rong called for the Chinese to learn from Western examples and overthrow a government they are unhappy with and install a new one. Rong’s sense of nationalism appealed to those who felt little allegiance to their Manchu rulers, as opposed to disdain for the West.

In contrast, the anti-American boycott of 1905 was a reaction to the mistreatment of Chinese immigrants in the West. In protest, merchants in several large Chinese port cities instituted a total boycott of American goods. Although the protest only lasted 3 months, it marked a new movement in China of action without violence.

The interference of the West and the growing strength of nationalism prompted a new search for identity in China. Yan Fu, who studied in England, brought back the idea of social Darwinism, which called for a “survival of the fittest” as applied to humans instead of animals. While this idea was considered rather melancholic in China, Yan nonetheless introduced new ideas into China.

Lu Xun, China;s most famous short-story writer, began translating works of social realism from Europe and Russia into Chinese, disseminating ideas from the other side of the world into an accessible format for the Chinese.

Sun Yat-sen rallied his anti-Qing organizations, and was becoming the more compelling choice for change than Kang Youwei’s call for a constitutional monarchy.

Women began to experience new opportunities, beginning with unbinding their feet and attaining educations. Western women, such as Joan of Arc and Florence Nightingale, became role models for Chinese women.

The institution of the Ministry of Commercial Affairs was established in 1903. In the same year, the Shanghai Chamber of Commerce was organized and drew membership from trade guilds, banks, and entrepreneurs. The similar Canton Chamber was also formed and both played important roles in the anti-American boycott of 1905.

The end of this chapter prepares us for the next one with a quote from a Japanese source: “China and Russia were two of the greatest autocracies in the world, and the repression they enforced was a block to freedom everywhere. The solution was clear: ‘For the advance of civilization it was necessary to overthrow these autocracies.’ (Spence 233) 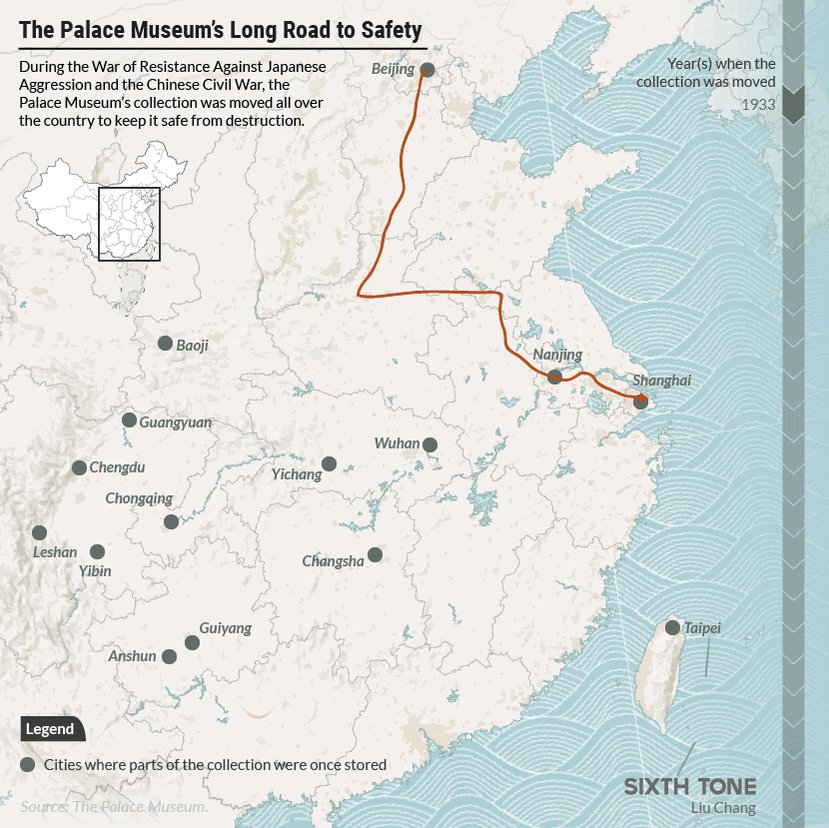