The scholars of China in during this time knew that the present and future was tumultuous. Some scholars wanted more attention to be given to the country’s administrative problems, other scholars attempted to guess what the future held for their nation, and some were saying that the kaozheng school was turning into something that was formalistic and lacked any way for a child’s imagination to grow. These were just some of the many concerns.

Many scholars began criticizing things that were wrong with the country such as one scholar named Hong Liangji. Hong addressed problems such as the rapid growth of population which would later on leave more people jobless. He also went on to talk about the increase of wealth in cities and how corruption was rampant in local governments. The mistake that Hong made though was that he began to make remarks about emperor Qianlong and Heshen leading to his exile. 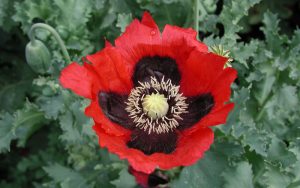 Another scholar who rose to prominence from his criticism was Gong Zizhen. Gong was an eccentric who gambled, would consort with anyone, and insult those who were older then him. He wrote metaphors of everyone vying for a bowl of a soup from a pot with the eventuality of it spilling over because no one can decide who is the deserving one for it.

In 1793 Empower Qianlong had given King George III a complacent edict on trade in which the King could not act on. This was because the king was preoccupied with the war with Napoleon and by the end of his battles with Napolean he had no resources to spare. This changed after Waterloo in 1815 though because the British had sent an embassy ship back to China as soon as possible. This embassy was managed by William Pitt, Lord Amherst. He was quickly barred from China asking for more time for preparations though ever after his tiresome journey there.

In 1825 Empower Daoguang was well aware of the issue of opium being imported and causing China to lose silver. Although this was mostly only affecting the southeast coastal regions it still caused ripples throughout China’s economy. So much silver was flowing out of the country that copper was going way down in value causing poorer people like peasants to have to pay 2,700 copper cash for 1 tael instead of just 1,000. As opium sales seemed to only rise surpassing 40,000 chests in 1838 emperor Daoguang asked for his senior official said. Arguments were made for and against the substance. Some said that it should be legalized because China could produce it for cheaper and simultaneously force out the foreigners trying to trade it there keeping a larger sum of silver in the country. On the other end of the spectrum the argument was made that China did not require such a lowly substance as opium to be imported by foreigners and suggested that harsher laws be place on the substance. The emperor would eventually push the decision for opium trade to be put to an end. 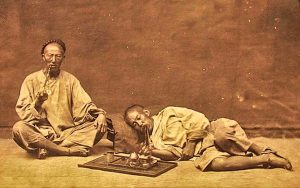 To put an end to the use of opium the scholar official Lin Zexu was sent to Canton. He was go to Canton with a smear campaign stating the negative effects of the drug and ask that all people in possession of the drug hand over their pipes and the remanents of the substance they had. He also attempted to convince the foreigners to stick to fair trade in tea, silks, and rhubarb. He also had sent a letter to Queen Victoria attempting to appeal to her moral side but was left ignored. One of Lin’s biggest issues though was that every time he confiscated any of the product there was no compensation for it. This would prevent a lot of people from handing over what they had especially the foreign traders who had businesses to run.

Tensions between Britain and China were building. After the news of opium seizures and blockades being put in place by China to prevent the further sale of the drug Britain sent out a fleet and had prepared troops at the border of India. The British had set up a blockade at Ningbo and took over the Zhoushan to intercept sea traffic. Lin Zexu would be replaced for his failure to make good policies and was replace with Qishan. Qishan had reached an agreement with the British saying that they would open up trade, hand over Mex$6 million, and official contacts with the Qing. The emperor was furious by this and banished Qishan. Charles Elliot was also removed from his position for not obtaining a better deal.

Thus, came the campaign of Potter. Potter would go ahead and push through the Chinese coast. He took Xiamen and Ningbo and Zhoushan. He later captured Shanghai and also took Zhenjiang. Potter ignore any request for talk from the Qing with only one mission in mind. He continued to Nanjing where he surrounded the wall, and then only did he accept the peace that the Qing requested. This was when the Treaty of Nanjing was signed. It had 12 articles all putting stipulations on what the Chinese could do and giving Britain a large sum of power over Chinese trade. One of the most important parts of the treaty were the five port cities that China were to give trading rights to Britain. Most of the cities proved fruitless though other than Shanghai. After these articles were drafted and put into action other countries wanted to join and take advantage of China being in a weak state.

China thought that they could ignore Britain’s requests to trade and paid dearly for it. They also thought that they could try to make threats and force Britain out of their country causing further problems for themselves. It seems China’s pride had gotten in the way of realizing who they were up against forcing them to give up way more than they ever could have imagined.

Dr. Tineke D'Haeseleer @tinebeest
3 days ago
Think back to week 1 and 2, #hst271! https://t.co/bnIewTdmLN
View on Twitter 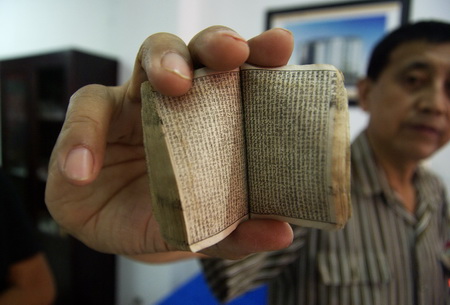 Dr. Tineke D'Haeseleer @tinebeest
1 week ago
I admit I've been waiting for this kind of thing - look, #hst271!

Now, can somebody do a Sinology one? https://t.co/ADnmUtbBk4
View on Twitter

Bad China Takes @BadChinaTake
I made one https://t.co/YJX7hO0ldO
3
8
Scroll Up