At the beginning of Qing Dynasty, Qing emperors had to grow up fast. Kangxi, one of the most admired rulers in China’s history, arrested Oboi when he was fifteen. The most significant problems that Kangxi was facing was made China under Manchu’s control. However, Southwest part of China had not been fully integrated into Peking’s administration. Due to several barriers such as the distance, climates, and shortage of official loyal to his sovereign, Peking's Administration left south and southwest China to three Chinese generals. Those three Chinese generals controlled their territories independently and their territories seemed like countries. They were too big that the lands under their control were equivalent to a combination of France and Spain. Those three generals controlled all taxes and they requested lavish subsidies from Peiking.

In 1673, Wu sangui refused to leave his territory peacefully and declared a new dynasty. He moved all these armies to Hunan and the other two generals joined Wu in 1674 and 1676. Wu suggested restoring Ming’s customs so that Chinese can be loyalty. He also tried to find offspring from Ming dynasty so that he could build up his own dynasty. Wu offered Kangxi to leave Chinese territory and build up a new kingdom in Manchuria and Korea. Kangxi refused Wu’s option and killed Wu’s son, Wuyingxiong in Peiking.

Wu’s armies had better financial and governed supports than any Ming’s loyalist princes had. Although many of Chinese loyal to Qing resisted service to Wu, they were still in minority and they had to obey Wu during that period. Qing dynasty was dividing and Peiking’s government seemed to lose any control of all of China south of the Yangzi River. However, there are five different factors that make China unify together. Wu seemed indecisive in driving across Wuhan and move to the north. Secondly, although Kangxi was young, he could unify his governors and built up a series of strategies for conquest and retrenchment. Moreover, Manchu’s generals were untried in battle. And the Three Feudatories could not fight against Qing together. Lastly, the Three Feudatories could not get Ming’s supporter since they were previously collaborators with the Manchus.

Wu sangui finally declared himself emperor of the new Zhou dynasty in 1678 but it was meaningless. He died at the same year and his grandson still fought with Qing for three more years. Finally, his grandson suicided since he was in the trap by Manchu generals. Wu’s followers were all executed, and his other two rebellious Feudatories surrenders to Kangxi and Emperor Kangxi had accepted their surrenders.

Three Feudatories war ends in 1681. Kangxi nominated his closer advisor and ruthless all officers who support the rebel. After that process, China became a stronger country although Kangxi nearly lost the kingdom. After the distinction of the Three Feudatories, taxes were sent back to Peiking and revenues examination again began in those areas. But the rebellion was still in Kangxi’s mind. He did not trust any government from those four provinces and he barely went to Hunan, Yunnan, Guangxi and Guixhou. Kangxi had never regretted the decision he made.

The integration of Taiwan into China’s history dates from the mid-seventeenth century. In the 1620s, Taiwan began to feature in global politics. The Portuguese explored the island, but they abandoned Taiwan and moved to Macao. The Spaniards built up a small base in the north of Taiwan. Then Dutch built a fort in the south of Taiwan. By 1640, the Dutch had driven out both the Spaniards and a number of Japanese pirates. Then, the Dutch developed trade lines between East Indies, the Dutch Empire and China.

In 1640s and 1650s, the Dutch stayed away from the fighting by the Ming loyalists but the development of the coastal war and its interconnections with Ming loyalists in Taiwan eventually made Dutch isolation impossible. At that time, Zheng’s family was a pirate and trader between Fujian, Japan and Taiwan. Although Zheng Zhilong surrendered to Qing, his son, Zheng Chenggong still fought with Qing. Koxinga was born in 1624. His mother is Japanese, and his father spanned his business from Nagasaki to Macao. In the 1650s, Koxinga fought with the Manchus along with China’s east coast and he made Amoy became an international entrepot. Koxinga traded goods into naval supplies and gun powder. He attacked Nanjing but failed. Then he fought with the Dutch and took control of Taiwan in 9 months. Since Koxinga kept fighting with Qing, his parents were executed in Peiking. That made Koxinga began to abuse his subordinates and directing passionate rages against his own children. He died in 1662. Although Oboi removed the Chinese coastal population from 1661,, Qing still could not take control of Taiwan. Qing government and the Dutch had two expeditions against Taiwan but were fizzled out. And due to the Three Feudatories war, Zheng’s family had enough time to develop economy and trades. Over hundred thousand Chinese people were under Zheng’s family control. They produced large quantities of rice and sugarcane and conducted considerable business in salt, refined sugar and shipbuilding.

After the Three Feudatories war, ShiLang took controlled of three hundred war vessels and defeated Zheng’s family. Three months later, Taiwan surrendered. Kangxi did not execute Zheng’s family. He send them to protect the north of China. Finally, Taiwan was into Qing empire and it became a prefecture of Fujian province. Kangxi also sent 8000 troops be left permanently on Taiwan island. Further Chinese emigration to Taiwan was also limited.

Kangxi showed the respect for Confucian and in 1670, he issued to the nation a series of sixteen maxims that were designed to be a summation of Confucian moral values. Kangxi wanted to use this way to control Chinese people. Since Chinese people used to follow Confucian doctrines. Kangxi improved by those years and his advisors and governors knew that Kangxi learnt a lot of Chinese customs and knowledge. Kangxi also published Fifty special degrees awards. He ordered that nominations be sent from the provinces for a special examination. All the heroic was sent to help compile the official history of Ming dynasty.

During that period, three scholars stand out both for their actions and their writings. The first one was the Hunanese Wang Fuzhi, who wrote a history of the prince of Gui’s court. The second one was Huang Zhongxi, who believed that the emperors themselves should have less power. The third one is called Gu Yanwu, who believed that philology was a fundamental tool for evaluating the exact meaning of China’s earlier scholarly legacy. But he barely participle any examination hold by Qing government. There are also a number of early Wing painters used their art to show their agitation and lack of faith in the regime. The artistry of Kong Shangren was accepted by Kangxi and his play about the Ming Dynasty was played in Kangxi’s court.

Kangxi still allowed the Portuguese to retain Macao as the base for their east Asian trade. But for Russia, Kangxi had a different point of view. Kangxi had been preparing for attacking the Russian outpost of Albazin on the Amur River. In 1685, Manchu took the control of Albazin. But Russian fought back in 1686. Kangxi decided to attack on Albazin again. But finally, Qing and Russia made the Treaty of Nerchinsk. It was one of the most important treaties in Chinese history since the territory of China did not change a lot until now. Then, Qing took control of Tibet and made Dalai Lama become the leader in Lhasa, Tibet. 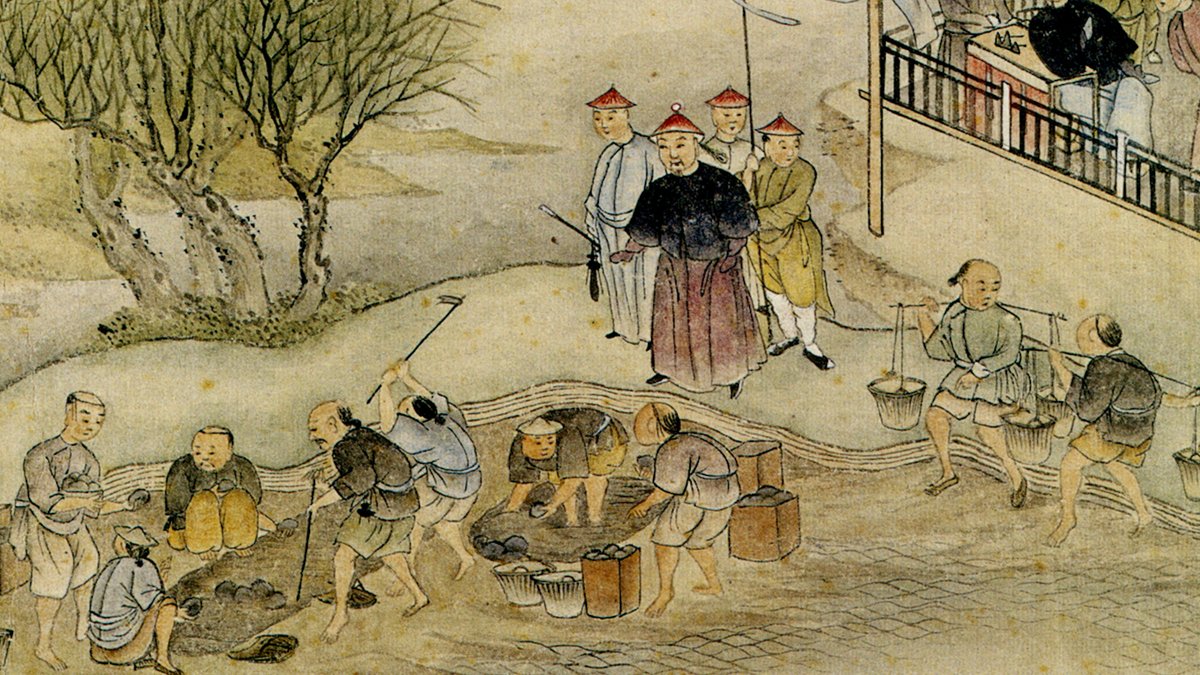 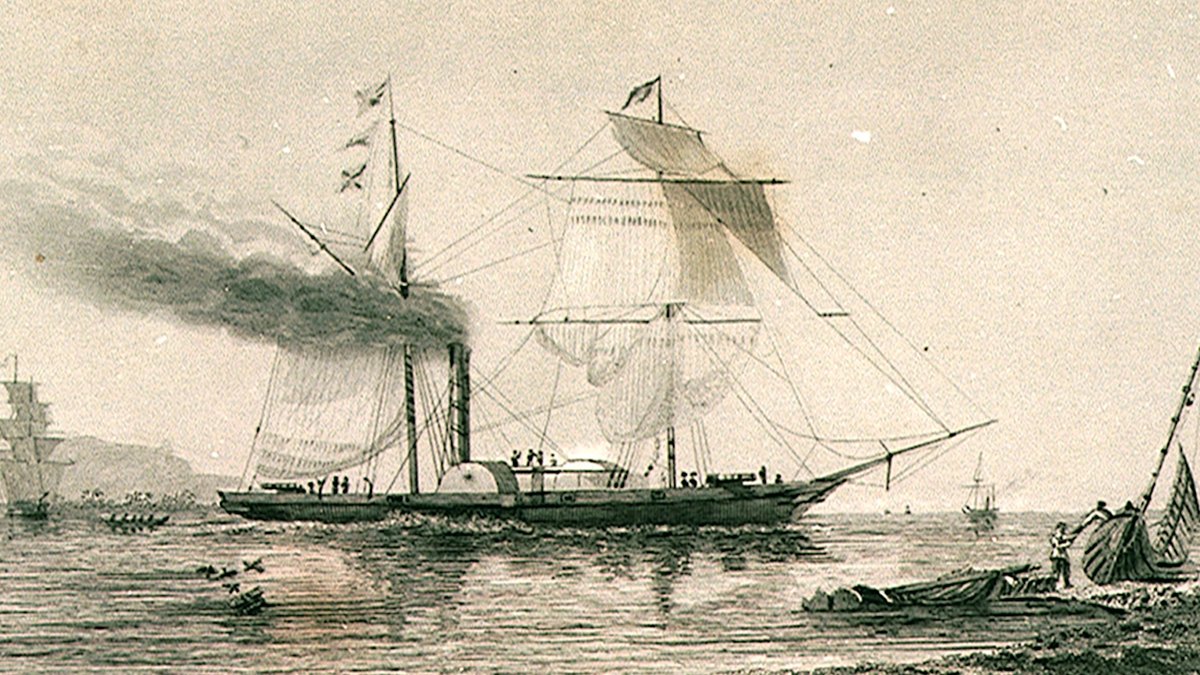